You are here: Home

Crownhill Methodist Church welcomes everyone into our Fellowship. We aim, through our worship, Bible study, and prayer to grow closer to God and to bring others into a true relationship with Him. We seek to offer God's love made known in Jesus Christ. We are determined to show this love in action in our daily lives and fellowship, by reaching out into the community and recognising and responding to the needs of the wider world. 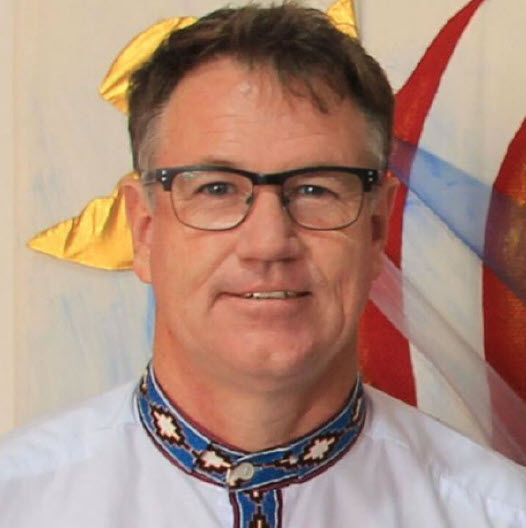 Hello, I am Brenton.  Some people call me Brent.  Some people have been known to call me Ben – there’s a story behind that, but I’ll save it for another time.

The surname is a bit trickier: Prigge.  It’s originally German, so the final ‘e’ is pronounced.  I suppose if you imagined the final letter as an ‘a’ you would probably say it correctly – or pretty close.  I’m quite used to it being said wrongly anway! Right, that’s the name out of the way.

A bit of background:  I was born in South Africa, the eldest of four boys, and had a very happy early childhood growing up in a very small village in the hills of Kwazulu Natal.  We then moved to Port Shepstone on the East coast of Kwazulu Natal for my high school years, and that too was a very happy time – and the beginning of my love for the sea.

I left school wanting to be an Archaeologist, and actually completed a Bachelor’s degree in Archaeology at the University of the Witwatersrand, Johannesburg.  However, by the time I graduated, God’s call on my life had become so persistent and relentless that I could no longer hide or run - and believe me I had been digging in my heels for some time.  That’s a long story in itself, and again I hope to get the opportunity to tell it some time.

Alongside Archaeology, I had done three years of Biblical and Religious Studies as my other major, and so I decided to do an honours degree in Biblical Studies instead of continuing with Archaeology.  After university I had to complete a year of compulsory military training.   Most South African males at the time were conscripted straight out of school, but I had deferred this for my studies.  I was sent to Oudtshoorn to complete six months of officers training with the infantry, and after graduating as a Second Lieutenant, was posted to a command post in Durban.  It was here that I met Ann (another great story waiting to be told), who had just qualified as an Enrolled Nurse.  Ann and I went on to get married, and we have two daughters, Carla and Kristin, who are now in their twenties and continue to live in Perth, Australia.  They each have their own wonderful stories, and my own story is of course full of stories of them!  But back to the short version of my story…

As I began the process of candidating for the Methodist Ministry, beginning with Local Preachers’ Training and Studies, I took up a job as a full time Youth Pastor at Westville Methodist Church, near Durban (Carla was born during my first year here).  Three years later I was stationed as a Probationer Minister at Valley Methodist in Pretoria (where Kristin was born), and three years later again I was sent to Lichtenburg, a small rural town in the North West Province.

Throughout my ministry, I have always maintained a particular passion for ministry with children, young people and families, and in latter years this focus has developed into a desire to facilitate better intergenerational connection and relationship in churches – not only in the way we worship together, but more fully in the way we ‘do church’ and ‘do life’ together as faith communities within our wider communities.

So when a colleague in Australia told me the Uniting Church in Western Australia was forming a specialist team to intentionally resource and equip congregations to be more inclusive of young people and children – not as a ‘side’ activity of the congregation, but as an integrated part of the whole of the life of the congregation – I sent in an application, and a year later, on 17 March 2009, my family and I emigrate to Australia.  We spent 9 years in Busselton, Western Australia, before that particular role ended, after which Ann and I moved to Brisbane, Queensland, on the other side of the continent for two years.  During that time my ministry with children and families was deepened through the use of Messy Church and Godly Play, and I have become very passionate about both.  I have served a number of years as a Messy Church regional coordinator and have qualified as a Godly Play Trainer and hope to continue to be engaged in both these areas here in the UK.  But how did we end up in the UK, you might well ask!

In February last year, Ann came to visit her sister and mother in Minehead, Somerset, and there began to new adventure as Ann began to realise that she really wanted to live closer to family again.  For 28 years, she has moved wherever my ministry took us.  She was asking me whether it might be her turn for a change!

So here we are.  I have been accepted to serve as a ‘Recognised and Regarded’ Minister in the Methodist Church from 1 September and am really looking forward to ministry in the Plymouth and Devonport circuit.  I have actually been in the UK since 7 March, serving half time with the West Somerset Circuit Staff in Minehead, which has proved very interesting given that lockdown began at the end of my very first week on the team!  Zoom and YouTube instead of services in church buildings, staff meetings and circuit meetings by zoom, and hundreds of hours on the telephone to members instead of home visits.  It has been a time of learning new things!

What else can I tell you about myself?  I love reading.  I also really, really love reading.   I normally have three or four books on the go at any given time.  When I am not reading in my spare time, you would be likely to find me playing my guitar and writing songs – my guitar is in a box in storage after having travelled over in a sea container, and I am really looking forward to unpacking it and putting it to use soon.

I also love nature, and in particular bird watching.  Ann and I have already been exploring the Somerset area, and have been expanding our birding ‘life list’ and can’t wait to do the same in Devon.

Other hobbies include Scuba Diving (a huge passion), photography (including underwater photography) and Sea Kayaking.

I have also been known to tread the boards in amateur dramatics, so who knows?  Perhaps post-Covid-19, coming to a stage near you….

I look forward to meeting you, whether that be in person, or if that is not possible, by phone or Zoom! Ann and I are really excited about starting this new chapter in Plymouth.

May God bless you, hold you, keep you and smile on you.  May you know God’s peace at this time, the peace that defies human understanding.  Shalom to you, and may God’s love sustain you in all things.

Verse of the Day